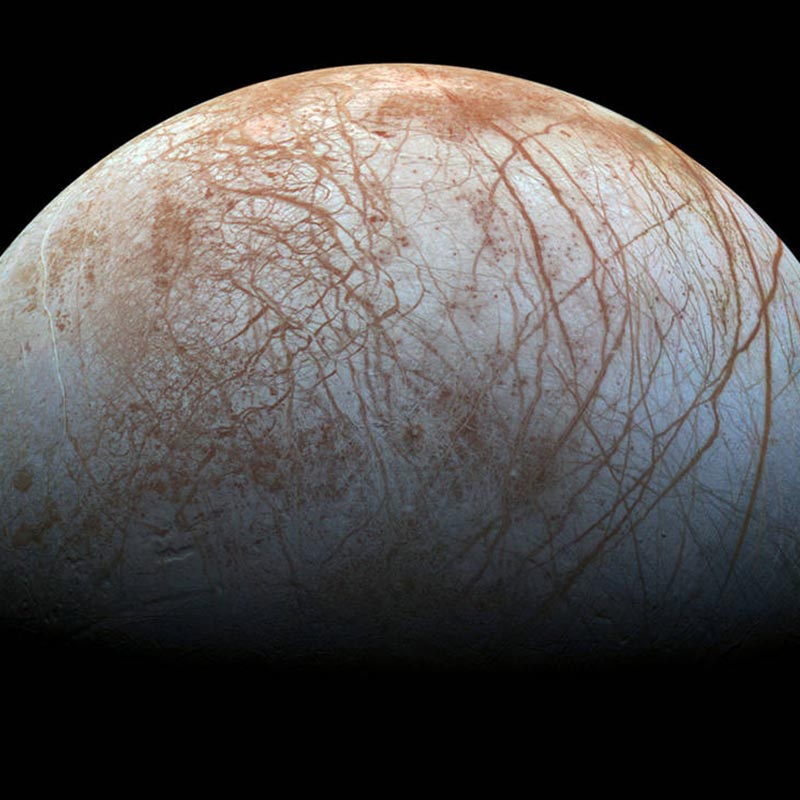 People are always wondering if there is life in or outside our universe. Eesha’s scientific research is focused on whether or not Europa (One of Jupiter’s moons) can possibly contain/sustain any form of life.

For this project, I’m looking at Lake Vostok which is a similar environment to Europa. My hypothesis is, if an environment similar to Europa (Lake Vostok) can possibly contain/sustain life, then Europa can possibly too. I took ocean water because of its salted water with minerals, strained it with a paint filter to remove debris and hazardous materials, boiled it, measured the temperature with a thermocouple, and took one drop of water to observe under the microscope. Something moved. I put this water into a new container with sediments at the bottom, blue ice was on top with dry ice near the sides. In separate containers, I inoculated the water with 10 Daphnia and 10 Water Bears as they are considered extremophiles. Extremophiles can live in extreme places. In each container, I kept an underwater heater to mimic an ocean hydrothermal vent. The container was kept in a Thermo cooler which was kept in an igloo cooler. After every 7 hours for 3 days, I took the temperature again and observed one drop of water under the microscope. I saw many things moving and captured photos of them. Since my dry ice had melted, I stopped my experiment. My results were that my hypothesis was true! I am convinced that Europa can have life.

There can be some life in our universe other than Earth. The question to answer is whether or not Europa has life. Life can be organisms like extremophiles, which can live in extreme places.

Like Earth, Europa is thought to also contain a rocky mantle and iron core. Europa’s ocean may have existed for the whole age of the solar system, long enough for life to begin and evolve there!

I had to find out what type of organisms, invertebrates, or bugs can live in similar environments. I was super excited to see that Daphnia and Water Bears can live and reproduce in environments like Europa and Lake Vostok.
While Europa and Lake Vostok have different temperatures. Extremophiles might live in both places. Water Bear Tardigrades also have a state, the cryptobiotic state, where they can live in any condition and they are almost impossible to kill. There are also many more organisms like this that can possibly be living on Europa.
Based on my results from the simulation chamber, I saw that life can possibly form anywhere with the right resources. And not just humans can live in our universe but maybe other organisms can too. My experiment supports my hypothesis as my Daphnia and Water Bears both survived the extreme conditions in my simulation chamber. My simulation chamber was almost just like Lake Vostok. So now I know how extremophiles may have possibly survived in Lake Vostok and that they can, so maybe they can possibly live in Europa as well!

The true test of my hypothesis will be NASA’s Clipper mission!