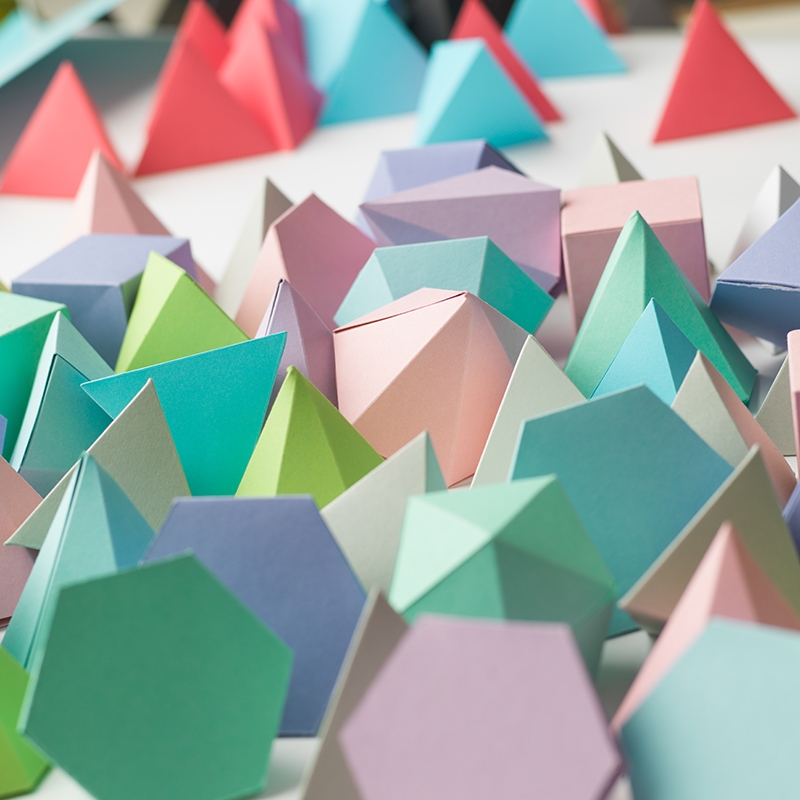 This study investigates the use of origami structures as a viable replacement for modern day rescue devices.

Current rescue devices are dominated by airbags that expand with the use of air compressors to lift heavy masses. However, they are unwieldy and have shortcomings due to the nature of their construction.

The structure studied as a replacement to the aforementioned is the Spring Into Action, a design created by Jeff Beynon intended to be a toy. By reducing the complexity of the structure and fixing the structural flaws, it proved to be a viable solution. As for the material a flexible yet stiff material was required. Taking inspiration from the use of wood glue as a wood sealer, cardstock paper was bonded together with a 1:3 ratio of wood glue to water to create the ideal material. Additionally, through the use of nitinol wire, the actuation method for the device proved to be both simple and subtle, a complement to the collapsible nature of the structure. Placed in a triangular formation, three complete structures, created with the cardstock composite and bonded with duct tape, were able to lift the weight of a 180lb human from a height of 1 cm to a height of 20cm. The structure proved to be sufficient in lifting capability proportionally comparable to air bags. Further research would include the study of spring steel as a construction material.

For the intent of the study, a viable solution to the conventional airbag lifting mechanism was realized and tested. Airbag mechanisms utilize an airbag that is placed under debris in a flat state and then pumped with compressed air. However, it requires a connection to a compressed air source, which reduces its mobility. The theorized solution entails an origami inspired solution. Design limitations included a compressed state under 6cm along with a prototyped lifting capability of 160lbs (the weight of the average human). The design is also to be simple, reducing failure. The actuation system is to be electric for remote controlled capabilities.

A common hazard in the aftermath of earthquakes is the collapse of buildings trapping people underneath debris. (Alexander, 1985) Not only do victims have to be concerned with getting water, if they don’t have access to fresh air, they will suffocate before rescuers arrive (Ryan, 2016). The conventional approach to lifting heavy debris consists of an airbag which is inflated with compressed air. However, when quick response is critical, this solution falls short both in its structural limitations and requirement of a connection to an air compressor. A remote device utilizing a collapsible origami structure would be both versatile and strong in these situations (Schenk, 2010).

Initial approaches to the implementation of an origami design involved the Twisted Tower by Tomoko Fuse. It includes a series of collapsible sections that combine to make a tower. Despite straightforward fabrication, the implementation of an actuation mechanism proved to be difficult. Secondary approaches utilized the origami Spring Into Action by Jeff Beynon. The structure was structurally sound when extended, and stress points were concentrated into controllable points. Additionally, its extension was proportional along its length.

The original design consisted of 12 separate sections which were reduced to 4, 5, and 6 sections due to tight tolerances and frictional considerations. In order to find the correct ratios for each version, a script used along with interference detection in Solidworks approximated the resulting logarithmic equation to be y=19.5701ln(3.8999x) showing the relation between the number of sections and the angle of the diagonal for each section. Resulting CAD models were drawn in a flattened state via AutoCAD. After they were printed out and folded, compression and extendibility were tested. Additionally, given the two rows of the model, the diagonal creases were tested in both a mirrored and continuous state with the mirrored state ultimately proving to be better. The model was then prototyped in cardboard but lacked flexibility. The resulting solution consisted of cardstock paper layered together with a wood glue and water mixture of 1:3. With the addition of glue, the stiff yet flexible paper was able to resist the effects of elastic deformation, and the cross grained assembly increased its multilateral strength. An actuation method was realized in the form of a motor and a hose clamp but was bulky and inefficient. An alternate actuation method was created with nitinol wire, a shape memory alloy. The strength of nitinol proved to be adequate given an appropriate amount of power.

The final model was tested with various weights. A single structure had failure issues on the upper face of the structure. Resultantly, a grid formation with various of these structures was implemented to eliminate the failure but a 2 by 2 grid only supported 100lbs. Ultimately, with a triangle formation , a 180 lb. person was able to be lifted.
Concerning individual parts, it was found that the relation between the amount of sections on the structure vs. the diagonal of the section y=19.5701ln(3.8999x).Also, it was found that by assembling cardstock paper with grain crossed over, the lateral strength is multiplied by 1.7. Additionally, the glue to water ratio for 100lb cardstock paper was found to be 1:3.The appropriate amount of glue and water for a section with an area of 4.4312in^2 was found to be 1.5ml. As a complete prototype, the singular structure failed with a load of 15 lbs. However, when placed in a triangular shaped grid spanning 2in at equal distance apart, the combined structures are able to hold 180 lbs. The compressed state was 2cm with an extension to 20cm As a whole, this research proved origami to be a viable solution in weight bearing applications specifically as related to rescue.