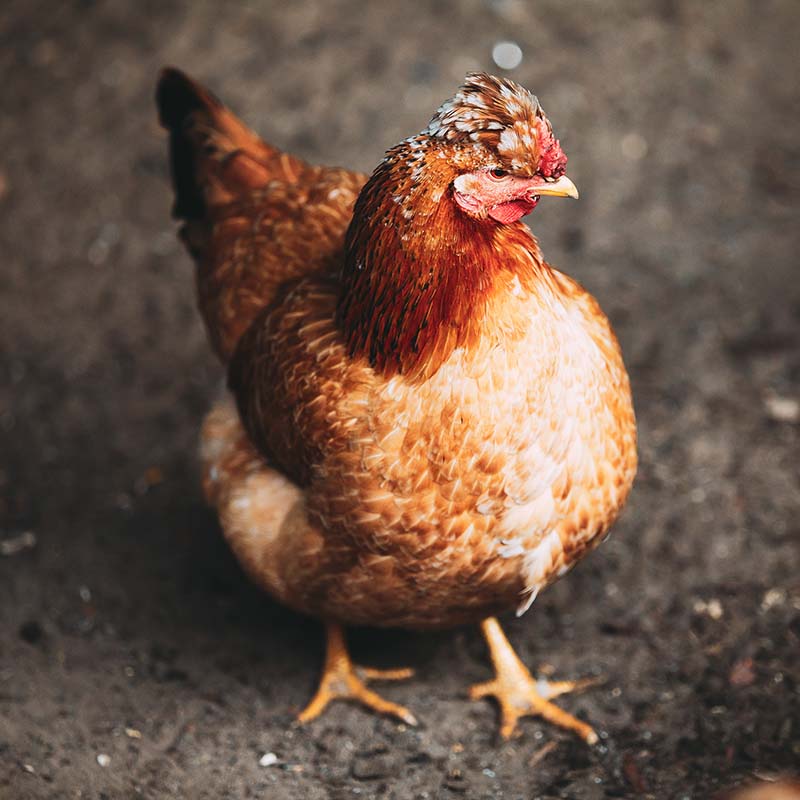 While chickens are known to be low maintenance farm animals, owners may struggle tending to and creating an adequate environment for them. The effects of color on chicken behavior was investigated to determine how colors change a chicken’s interactions with each other and their environment. This experiment, performed in a teacher’s backyard, includes chicken and different colors of feed plates. Note that they were fed at different times, had limited space, consisted of different breeds, and were exposed to background noise (crying and shouting). Our hypothesis is that chickens become more energetic with the introduction of colored plates.

A chicken’s eye detects short wavelengths of light, allowing them to see ultraviolet and all visible light on the spectrum (Chen et.al, 1986). Research (Han et al., 2007) has proven that their environment and innate learning influences bird behavior (e.g. pecking preferences). Goldsmith discovered that colors created heightened senses in birds; they memorized colors based on different characteristics (Goldsmith, 2006). Another study exploring the effect of feed color on bird diet demonstrated that food consumption response was altered by color stimuli (Leslie et al., 1973). An experiment testing different intensities of red color light has been concluded to affect weight gain, behavioral activities, and preference in chickens compared to other colors (Senaratna et al., 2016).
This experiment is promising to increase the health, activities (e.g. movement), and production traits of chickens. It is expected that the chickens in the present experiment will be more energized with the introduction of colored plates, having livelier movement compared to the control group with no colored plates.

The hypothesis was incorrect; there is no significant change in the energy shown by the chickens. The behavior of the chickens was quantified with a behavioral chart, where 1 is the lowest amount of energy and 5 is the highest. Examples of chickens displaying low amounts of energy include signs of tiredness and calm behavior. High amounts of energy would include being more energetic, roaming or running around, playing with other chickens, and creating a lot of noise.