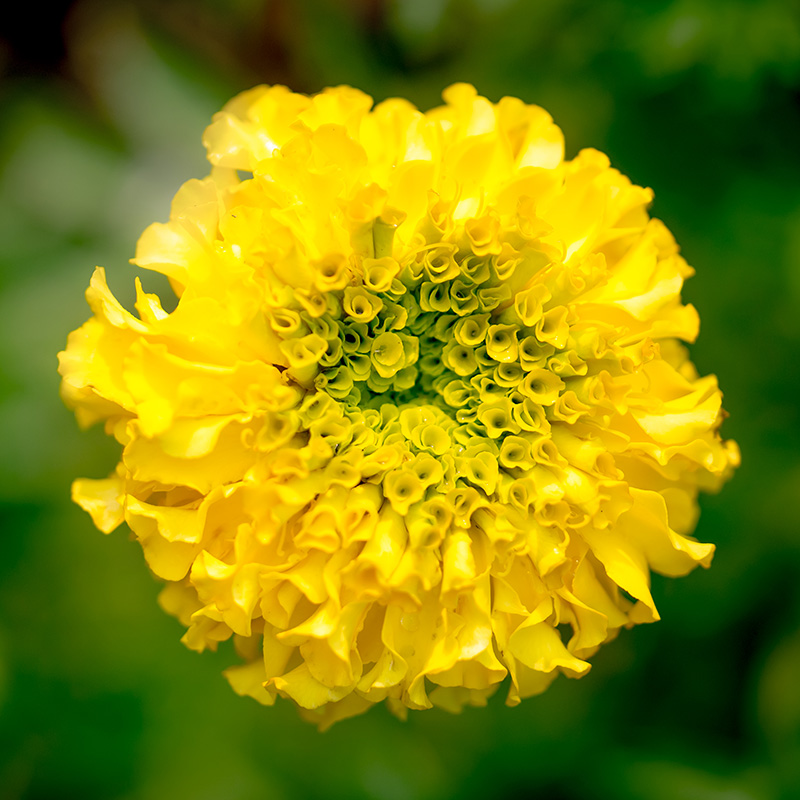 In order to avoid possible errors, each plant had to be treated equally. Each plant was watered in the exact same way and each plant was protected from the elements equivalently. This experiment started with filling pots with dirt and planting 5 marigolds into each pot. After that, 5 different colored cellophane sheets were placed around each pot using tape and wooden stakes to fasten them. Each plant was watered once every other day for five weeks, without any plant getting any more attention than the other. The data conveyed that the red light did improve the growth in the marigolds the most (46-58 cm) with the control group coming in second. The red light increases a plant hormone called meta-topolin, which is prone to increasing plant growth.

The marigolds being affected by the green and yellow light were considerably less resilient than the others; they had large dips in height during high winds when the others did not. There were some irregularities among the marigolds during the course of this experiment. In week 2, one yellow marigold had a width of 5 centimeters, which was quite large compared to the other flowers. The other flowers had an average of about 2 centimeters. Another observation was that the control group and the blue flower group each had one very saturated orange flower. This experiment also had 5 trials, one marigold during each trial for each different colored light.

Kamran hopes that with further research and experiments, agriculture can be improved in one way or another.