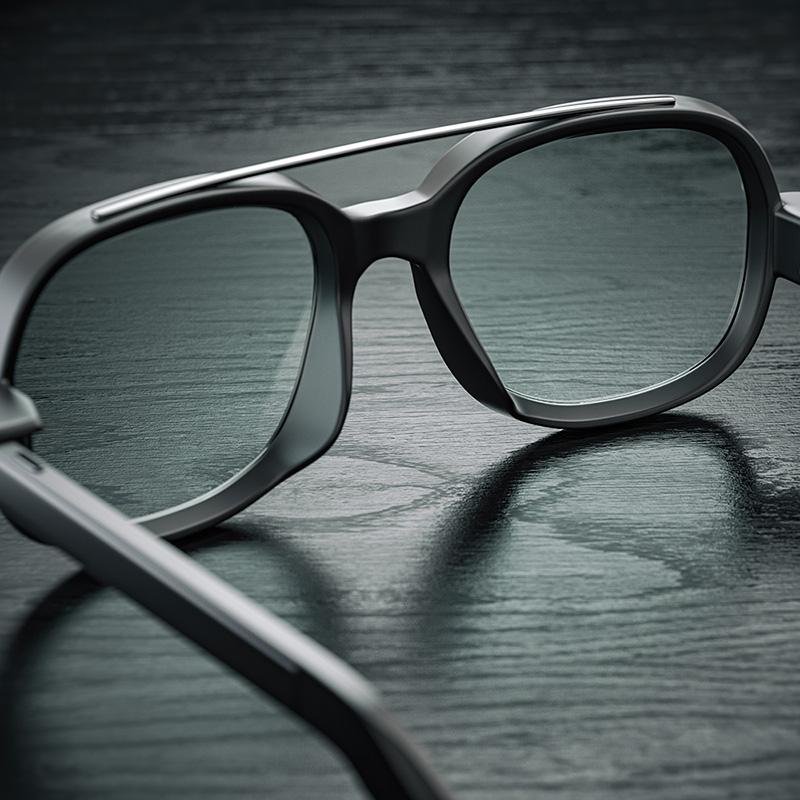 Abstract:
Objectives: To create an advanced cane replacement in the form of glasses. I wanted the glasses to be as affordable as possible and light enough so that it could be comfortably worn on the head.

Methods/Materials: All mounting parts for the glasses were designed in Fusion 360 and 3D-printed in PLA on my Creality CR-10. To design the glasses, I followed a tutorial by Adafruit. The first prototype glasses have a buzzer that beeps slower when the object ahead is farther or shorter, and it beeps faster when the object is closer or taller. The ‘brain’ of the glasses is an Arduino Nano. The Arduino takes input from the HC-SR04 ultrasonic sensor, mounted on a hinge at the front of the glasses. The Arduino proportionately maps the distance readings from about 10-60 cm to the beeping speed of the buzzer, from 50 to 250 milliseconds. The buzzer I used is a generic passive buzzer module. I wrote the code in the Arduino IDE. To interface with the sensor, I used the NewPing library, which takes the known time that the sound waves take to travel 1 cm, and then divides the returned time by this time to find the distance of an object in cm. To test the glasses, I used the help of some test subjects (including myself). The subjects navigated through a set of obstructions while I timed how long each attempt took with the glasses and with a cane.

Results: The first prototype was successful, as all subjects completed the obstacle course an average of 14.46 seconds faster than when they used a cane. Although, the glasses still malfunctioned a little bit which caused the subjects to bump into about 1 object per run with the glasses.
Help Received: The programming, 3D-designing and assembly was done solely by me. I received help from one of my subjects when it came time for me to test the glasses.

Analysis/Results:
The first prototype was a success. Most of the time, the glasses were able to notify the user of objects in front of them. For every subject, the glasses performed better than the cane and allowed the user to complete the course an average of 14.46 seconds faster. Despite this, the subjects generally hit an object when they used the glasses, which is most likely due to a flaw in the programming. The glasses stop beeping if the object ahead is too close to the sensor. This can be improved upon in the second prototype.