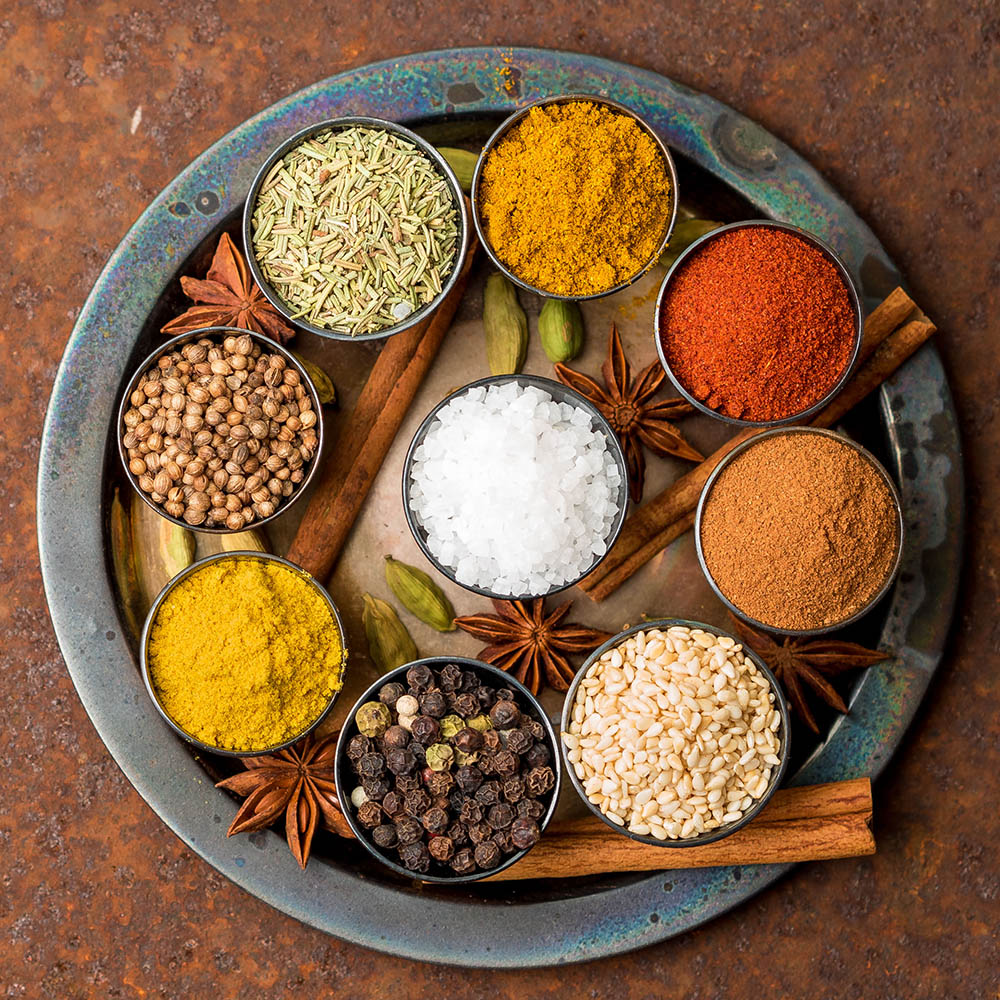 Fungi (yeasts and molds) cause food spoilage and contribute to food-borne disease incidence. Mycotoxins produced by these types of molds are often associated with several diseases. Since ancient times, many spices have been used for food preservation, and this study examines some of those common spices for their antimicrobial effects.

Extracts of turmeric, cinnamon, clove, fenugreek seeds, fennel seeds, oregano and black pepper, will be made in 10 mL of distilled water immediately before use. The antimicrobial effect of each spice will be examined at least 3 times by the inhibition of fungal (mold) growth on wheat bread. Discs of bread will be sprayed with either water, the spice extract, or salt solution and sealed in a plastic bag. The bag will be placed in a warm, damp place to allow mold growth and observed daily. On the first instance of fungal growth, the weight of the sealed bag, and the area of fungal growth will be measured. The bag with its contents will then immediately be placed in a trash can. The spice with the most potent antimicrobial properties will delay the time of fungal growth initiation and the extent of fungal growth.

Conclusion: The antimicrobial properties of 7 spices (black pepper, cinnamon, cloves, fennel seeds, fenugreek seeds, oregano, and turmeric) were tested and compared with salt and water. The study demonstrated that only a few of these common spices (cinnamon and clove) have potent enough antimicrobial properties and could be used to prevent food spoilage within the food industry. In future studies, Harleen would like to examine several concentrations of spices, potentially extracting the spices in oil instead of water, as well as testing various breads (freshly baked bread vs. packaged wheat and/or white bread.