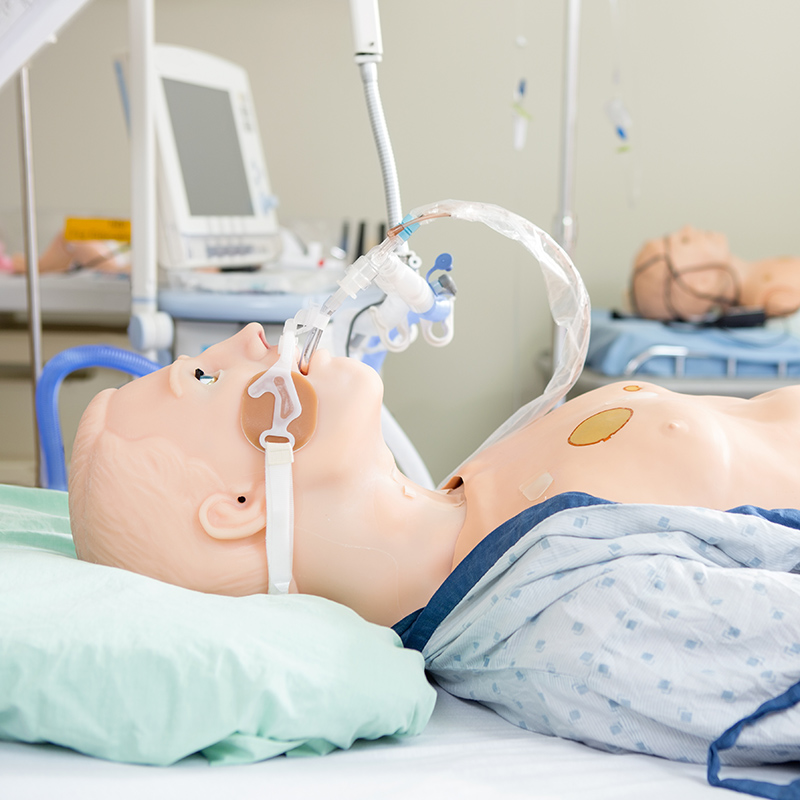 Rapid and accurate assessment of ETT location via a deep learning system may significantly expedite patient care in the ICU setting, where a misplaced ETT can result in severe patient morbidity and mortality.

We propose a deep learning-based algorithm for characterization
of ETT position relative to the carina from chest radiographs. Using the MIMIC-CXR dataset, an open-source critical care database, a natural language processing technique based on regular expressions was used to parse 227,835 patient reports (corresponding to 377,110 images).

A subset of 16,000 reports were identified with a high probability of either presence or absence of ETT (8,000 reports in each category). Three different CNN algorithms were created. The first algorithm comprised of a regression network designed to output the estimated coordinate of the carina.

Using this input, a second CNN binary classifier network was used to predict presence or absence of ETT. Finally, if an ETT was detected, a third CNN regression network was designed to output the estimated coordinate of the distal ETT tube. Upon five-fold cross validation, carina coordinate
location was estimated within 0.66cm of ground-truth annotations. Classification accuracy of presence or absence of ETT demonstrated an accuracy of 96.07%. ETT tip position was predicted within 0.63cm of annotations.

Final prediction of distance from the ETT tip to carina was estimated within 1.09cm of ground-truth measurements in the MIMIC-CXR patient reports. A serial multistep CNN approach demonstrates high accuracy for localization and assessment of ETT position relative to carina.

An endotracheal tube (ETT) is a plastic tube placed through the mouth into the trachea to help a patient breathe (Eldridge and Doru 2020) is connected to a ventilator to deliver oxygen to the lungs. Common practice is to secure ETT at 23cm for men and 21cm for women. The desired position of an ETT is 5±2cm above the carina (Peitzman et al. 2019).

Specifically, we separate the task into three components reflective of the interpretative process of a human radiologist: localization of the
carina; determination of the presence or absence of an ETT; localization of the ETT tip and measuring the distance to the carina. Each individual component of this algorithm was implemented via a convolutional neural network (CNN). A serial cascade of deep learning CNNs can be used to determine the distance of an ETT from the carina with high accuracy.