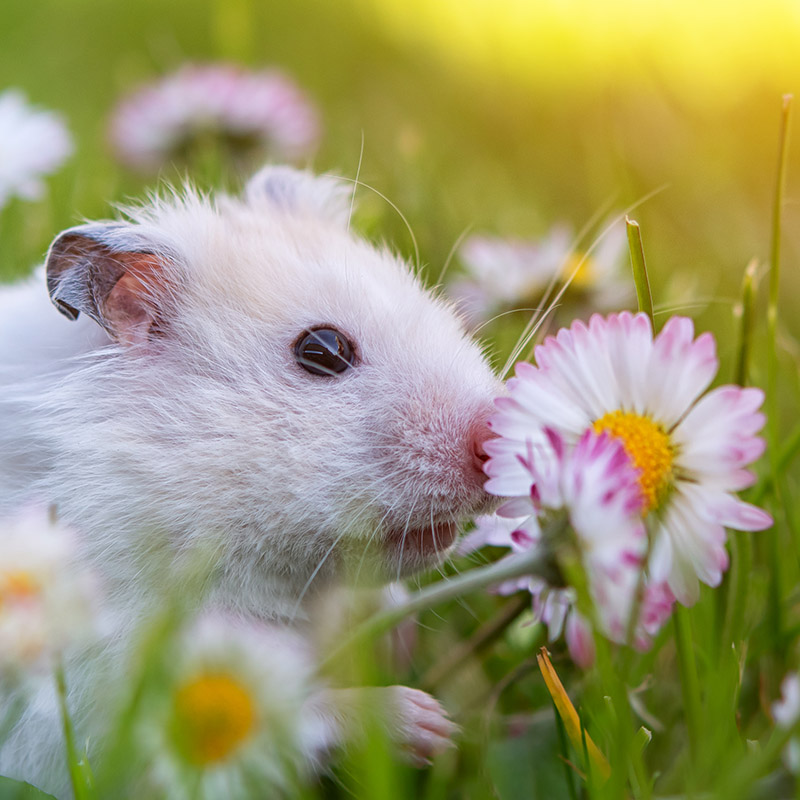 Within this project, the students observed the difference between how live music and pre-recorded music will impact the reaction time and the speed of a hamster. They set up a maze for the hamsters to complete, and measure the time it takes for the hamster to complete the maze with no sounds to guide it. The trials will be done with various instruments guiding the hamster to the finish; half of the trials was done with the use of live music and the other half will be done with pre-recorded audio.

The students hoped to solve the problem of what instrument hamsters would react to the most. When running the trial, the students had decided to record the trials and split the trial into three different sections: baseline, condition, and post-condition. After every section, dividers within one-way would be lifted. They compiled data of 5 conditions and their effects on 3 hamster behaviors: grooming, running, and digging. Of the 5 conditions, they found that white noise led to the greatest increase throughout all 3 behaviors while kalimba had the greatest decrease. With this analysis, the students found their hypothesis was only half correct because white noise had the effect they believed guitar would.

The stidents’ data showed what was expected during the experiment; there was almost always an increase from baseline to condition and then a decrease from condition to post-condition. This was expected due to the condition having a much longer time span compared to the others. The students were surprised to see constant increasing in white noise and constant decreasing in kalimba.