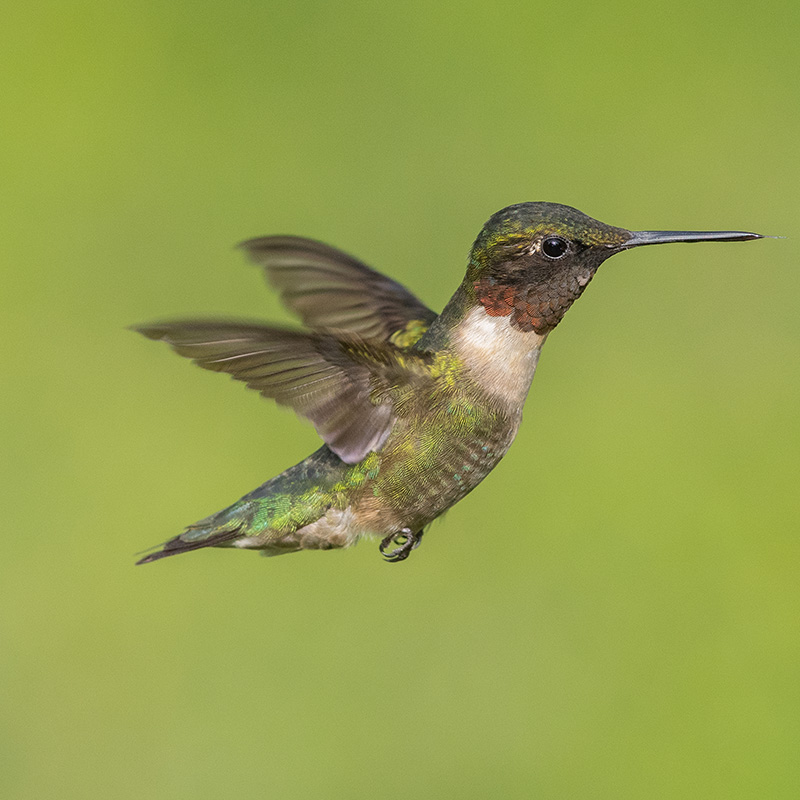 Problem Statement
Drones are unable to withstand strong winds. Various natural disasters result in large amounts of wind–a notable one being wildfires, with global warming on the rise. In California alone, over 50,000 wildfires occurred last year. To control wildfires, workers utilize aerial vehicles to scout affected areas. Although drones may be controlled remotely, they’re not suitable for most fires. Firefighters instead fly helicopters, bringing an unnecessary risk to their lives.

Objective
I attempt to engineer an aircraft inspired by one of the most proven aviators: the native hummingbird. Despite the hummingbird’s small frame (5 to 13 centimeters in length), it is able to go against winds exceeding 12 meters/s.
This leads to my main objective: designing a ‘hummingbird’ drone maneuverable through extreme winds. Powerful winds flip over and crash current drones. However, hummingbird-inspired drones open up a new avenue for stable flight; such birds can famously fly in every direction, as they produce lift from both up and down strokes of their flaps. Humbot aims to mimic and study a hummingbird’s flight mechanisms in the form of a lightweight bionic bird.

Conclusions
Humbot successfully imitated a hummingbird’s primary flight mechanisms and aerodynamics, with rigid wings paired with a flexible wing membrane. From the ornithopter simulations, I found that cambered airfoils (hummingbird and moth) generate larger lift coefficients compared to a symmetrical airfoil (dragonfly), when dealing with a low angle of attack. However, with a higher angle of attack, having a larger wing aspect ratio is more ideal as there is less surface area to generate resistance. In the future, to further strengthen the wind-resistance of drones, I aim to mimic a hummingbird’s adjustment capability during multi-directional flight, by creating complex mechanisms that utilize compound machines–gear boxes or pulley-systems.